When considering a concept, probably nothing is as valuable as an understanding of a real world physical object. A real world object has density, mass, volume, area and as many varying materials of construction as there are stars in the night sky. These items are tangible, visual and recognizable. Items of the physical state will occupy both space and possess measurable weight. The invention of the milk container was a real piece of workable imagination and ingenuity. It is simplistic, yet possess an importance that is primarily due to it's innate practical usefulness. In general containers house all manner of materials, liquids, powders, reactive ingredients mixed with a vast variance of air molecules, which is somewhat relative to the contained substance. For the sake of discussion the container of concern in this article is one of the world's master cooking ingredients, the famous milk container.

I suppose that you could rightfully claim that I am slightly prejudiced to write an opinion article about the container containing one of my favorite liquid substances, milk. That lightly slimy, smooth yet silky white stuff that comes from the moo of the animal kingdom, the cow. Yummy cold with cookies or a Hershey's chocolate bar but not really something that you crave if you're thirsty.

The product contained in the milk container, namely milk is a highly complex biological fluid which is high protein, high fat, sugar(lactose), a host of minerals, vitamins and enzymes. Other than singing the praises of the substance and it's container, I feel constrained of necessity to explain some history of the container storing the essence of my irrational obsession with milk. A short history of the evolving technology regarding the container in question here may be of interest. When I was a young boy, milk miraculously appeared on the front porch steps of our home near Disneyland in Southern California every other morning, like clock work. I was certain that the milk fairy (or her equivalent) materialized onto our front porch steps because everyone in the world knew how about my fascination with that white healthy liquid. When we carried the milk into the kitchen it was in an unusual container by today's standard, a smooth, thick, see through glass bottle. The bottle was capped by a heavy waxed paper material that acted as a seal which made the contents remain in the bottle, but had little effect on the freshness of the milk. If you remember those days, I feel sorry for you and I feel your pain, for you see, I'm old too! All of that being said, as I grew-up milk could be found in many various, inventive and impractical containers. Among these were waxed paper containers, whose spouts were folded, pulled outward and then spread out in order access the good stuff inside, hopefully before it spoiled. The next Image here is a natural milk container, it needs no improvements.... 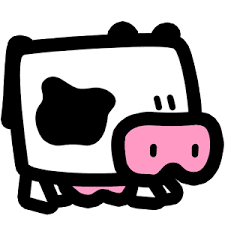 From the messy waxed cartons with very short shelf life evolved the newer, easier to store and keep plastic bottles with pop-off caps or twist-off lids. Oh the good old days of convenience and an abundant
accessibility to that old health-food commodity known as the chocolate chip cookies' best taste enhancer, milk. Today we have plastic bottles with twist on-off lids and paper cartons which tend to keep the liquid treat inside fresh and tasty. The contents further are usually able to withstand the carry-over refrigerator taste of yesteryear, the half consumed peeled onion from a week or so ago. Somehow it's still difficult to describe the taste but nearly impossible to forget the flavor that was sure to take your breath away with just a whiff, let alone a tasty gulp and whatever that was, it didn't taste like milk at least, not the way it was intended.

Now that I have nearly exhausted the subject of the history, evolution and versatility of the milk container, it is imperative that I jump right-in to the reason behind the close examination of this item which is commonly recognized and or used today by almost everyone alive on the planet. The reason for the elaborate evolution of the milk container industry is not for the sake of the betterment of the container it's self, but for it's contents. The same is a case in point for the human body, it isn't the body that is of the most importance in the grand scheme of life, but rather it's contents. The content under discussion here is namely the spark of human immortality which is inside each of us placed there by our source. As humans it is our nature to be totally consumed with the present life lived in our bodies, the envelopes, the outside packaging, the container of our real inner eternal being. You see it is not the taste of the container which is the primary objective in the proceeding lengthy milk container expose, but the protection for the flavor and value of it's contents, the internal material. So it is with our small thinking evaluations of everyday life, we are obsessed with the health, vitality and appearance of our outer layer, the cover of the life force, the aging and decaying human body. 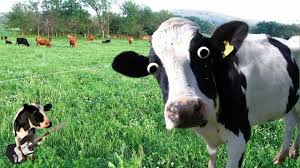 The effective, reasonable care of the human body may indeed increase individual life span, decrease the pain associated with the toll of living, promote a better life and improve the life time experience for the individual. We are spiritual beings on a physical plane and not the other way around, therefore as is the way of all things in the universe we will inevitably and finally return to our source. No matter how much care we apply to this wrapper in which we temporarily exist, life is short and uncertain at best. Regardless of our worldly accomplishments, fame or wealth which we may accumulate in the process of this life, we are all simultaneously while in the process of living, dying. According to modern technological scientific knowledge and a greater understanding of the natural human condition, we are all dying, we differ only by the degrees or stages of the process. Everything in existence is in one of two physical states, these are expressed as follows; all physical matter is either in growing or decaying, it is further understood that both states may occur within a simultaneous time span.

It is not my intention to down-play the role of the importance in relation to, or the basic common sense involved in, the examination or application of the activities surrounding a reasonable plan to live longer, healthier and smarter. The intention here is to examine and clarify the fact that it's not the container that's important but the content, it's not the cover of the book that's of value but the words that are contained inside on the pages, in short it's the internal content that matters most, all externalization appearance is cosmetic or superficial and in the final analysis, of little lasting value. The concept of value and a gem to take home is "The Milk container is just like people, it's what's on the Inside that counts."
Posted by Unknown at 8:25:00 PM